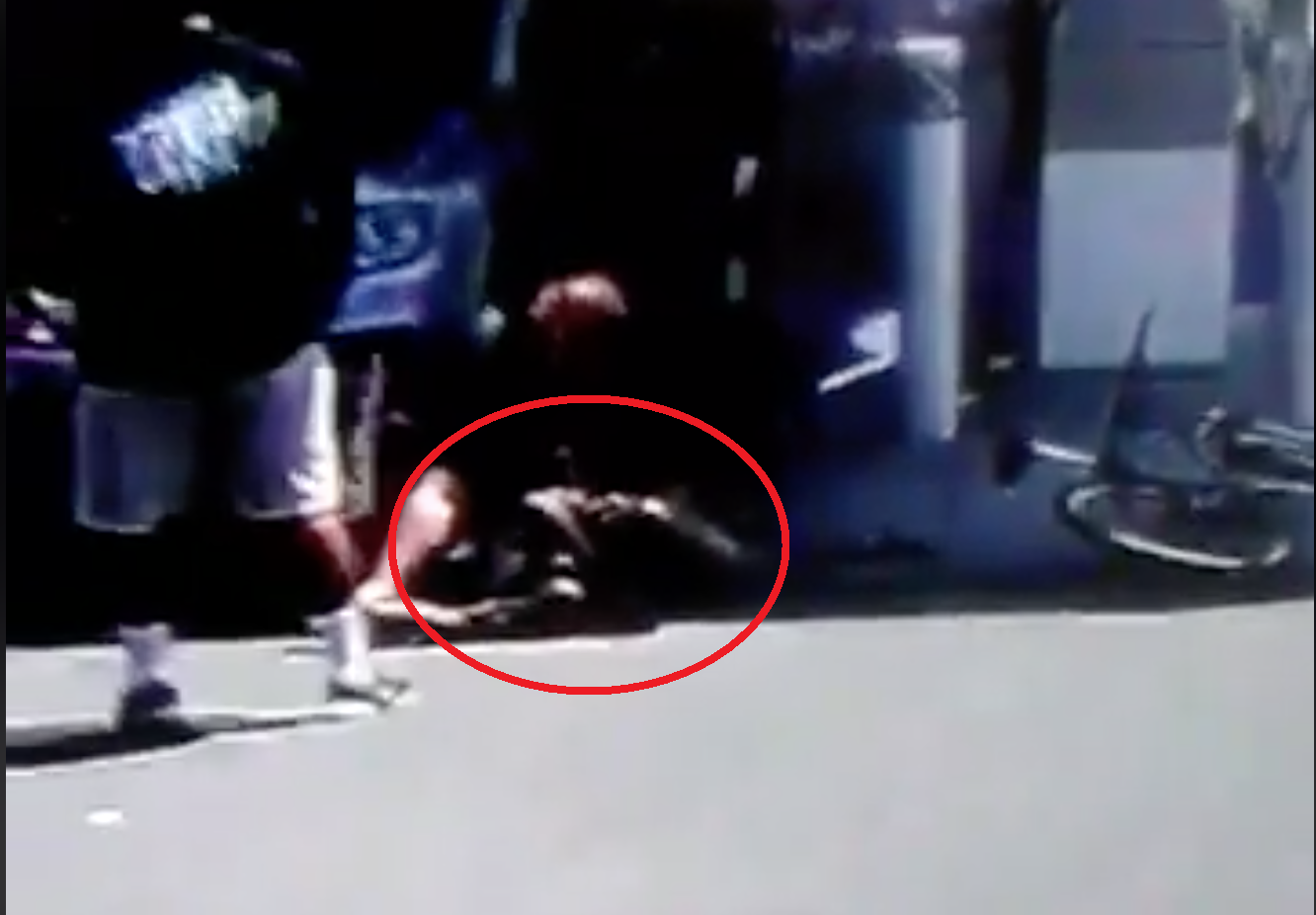 Sean Bollinger:
I was minding my own business, then someone asked me for money.
He was blunt about it. I’m mellow and avoid fights at all costs.
But dude wanted to pick a fight and pushed it and got in my face.
He asked for money for his dog. He was pretty strung out and tweeking.
And yeah, he got in my face. No sucker punch or anything but I took him down, kept the mount position, and held him in a gift wrap until the cops showed up.

So this happened today when I was on my way back from the gym. The cops told me this guy had two warrants out for his arrest. Even though he left in an ambulance, his punk ass went to jail after

Sean Bollinger:
It’s gotta be the back. I look at Rear Naked Choke(RNC) as the most O.G. choke there is.
Even back when I was doing a lot of rubberguard, the RNC was the end all be all. The “I’ll Kill You!” position.

10th Planet Redlands:
You’ve offered a ton to the Rubberguard system. How did you come up with the Double Bagger?

Sean Bollinger:
I was doing basic Rubberguard path, then at Jiu Claw, guys would roll out too quick.
I would break them down with Mission Control, then Zombie their arm, Kung Fu move on them with my foot on their hip and they would turn away and blast out. When I was younger I was more flexible and keeping them in the Double Bagger was a way to keep them in front of me. It closes any gaps.

10th Planet Redlands:
What advice do you have for up-and-comers with Rubberguard?

Sean Bollinger:
Focus on the basics before the crazy techniques, especially when you don’t have flexibility.
Learn the angles, and naturally, you’ll gain the flexibility.
Work your way up to cooler moves.

10th Planet Redlands:
How have you seen the 10th planet game change from early days?

Sean Bollinger:
10th Planet Jiu Jitsu continues to be what it set out to be.
Basic jiu jitsu taken to the next level, and then to the next level.
Eddie Bravo and the whole crew keep their word, and continue creating, and figuring out the best things that work.
Even with the leg locks, we have some good leg lockers in the system. Also getting away from gi to specialize in nogi, staying true to work on the evolution of the system.

10th Planet Redlands:
What were some memorable times for you in jiu jitsu?

Sean Bollinger:
The Ryan Couture fight. It was scary and i was super intimidated.
It was Randy Couture’s son and really good test for me.
I was happy with the result of that fight. I learned so much!

3 thoughts on “One Moment You’re Pumping Gas, And Next Thing You Know You Have A Pan Handler In The Gift Wrap. #gasstationvillians”