We are a month away(Feb 22nd, 2019) from Damian “Obi Wan” Todd’s attempt at setting a Brazilian Jiu Jitsu World Record of grappling and rolling for 24 hours straight. Damian, or simply, Obi, is attempting this world record in order to raise $100,000 for the RUOK foundation, a foundation dedicated to helping those suffering from Anxiety, Depression, PTSD, and Suicide.

Obi, having served as a Colour Sergeant in the Royal Marines Commandos for 22 years, has suffered from mental health issues himself, but he states that Brazilian Jiu Jitsu has made such a positive impact on his life that he’s able to cope with these issues. Some people aren’t so lucky to receive the benefits of jiu jitsu and so he wants to help raise mental health awareness by attempting this feat.

In 2001, Obi was in a bobsleigh accident, that continued to worsen over the next 15 years. Then, about 2.5 years ago, he lost feeling in his legs and arms, and had to get surgery- a triple fusion in his neck, 2 discs removed, and a cage around C5-C7. This setback has given him only minimal training opportunities. Despite this, he was still able to attain the rank of purple belt in BJJ. Now he continues to train jiu jitsu, but he’s very careful during his rolls.

Obi is very passionate about what this World Record attempt represents. Having almost become a quadriplegic, he feels this may be his only chance to do a charitable cause as impactful as this, as his health continues to deteriorate over time.

As Obi states, “My pain will be for a day, mental suffering is sometimes a lifelong battle… Help me to help them.”

Help Obi reach the goal of $100,000.00 for the RUOK foundation by clicking here. Every dollar counts.

“Roll Around the Clock” will be live streamed on February 22 directly from event host, Chau Kaizen’s Facebook page, https://www.facebook.com/chaukaizen.com.au/ 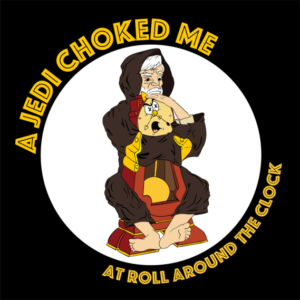