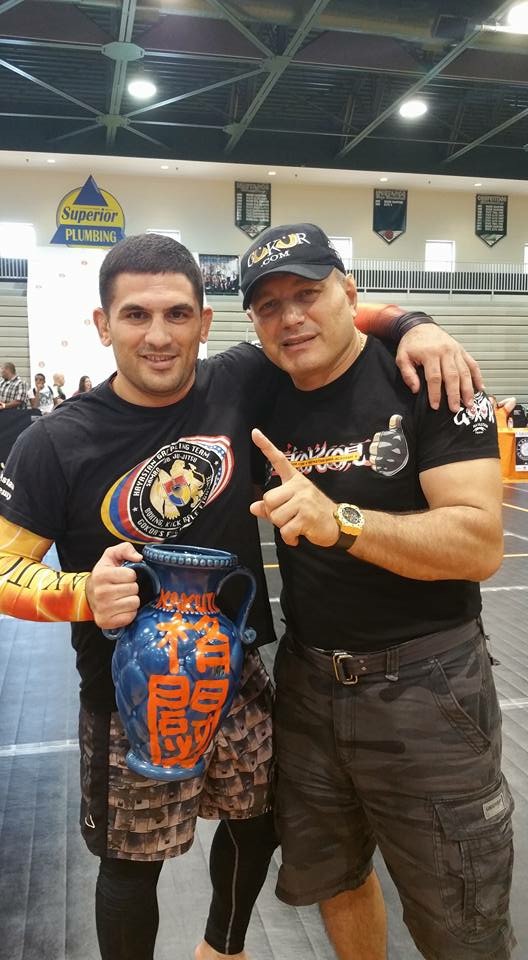 Karen Darabedyan is an Armenian American mixed martial arts fighter who has positioned himself as a well-rounded athlete through diverse and extensive training.

Little known fact:
Karen was brought in to Eddie Bravo’s camp for Matamoris 2, because of his specialized knowledge on leglocks. Eddie Bravo wanted to understand all of Royler Gracie’s leg attacks, so Karen, close associate to 10th Planet Jiu Jitsu, helped strategize defense against possible leg attacks by the Gracie prodigy.

And the rest was history… Karen Darabedyan is one of the unsung heroes of the 10th Planet victory over Royler, and you will see him this Saturday from 2-4 at the 10th Planet Redlands opening day jiu jitsu Seminar!!

Background:
Darabedyan began studying karate at the age of 5 and taekwondo at the age of 9, earning his black belt in both by age 15. He began expanding his martial arts training in junior high by taking up boxing, kick boxing, judo and wrestling; earning a black belt in judo by age 16 and achieving a 12-0 amateur boxing record by 18. During high school, he claimed two judo state championship titles and placed third in the nation.

At age 16, Darabedyan entered the world of grappling, placing 1st in the Men’s No-Gi Lightweight division at the 2004 Grapplers Quest and winning 1st place at under 189.9 pounds in the 2007 World Grappling Games Best of West. 2013 Darabedyan also won the NABJJF Worlds in the black belt division .

Drawing on his diverse training under the guidance of Master Gokor Chivichyan, Karen Darabedyan competed in his first mixed martial arts fight at age 18, claiming a win in the first round by KO. Since then, he has compiled a 13-6 record. Despite Karen’s strong judo and grappling background, he tends to favor keeping the fight on his feet and striking. Karen currently trains with Gokor Chivichyan and Gene LeBell at the world famous Hayastan MMA Academy in North Hollywood and also at Main Event Gym in Glendale.